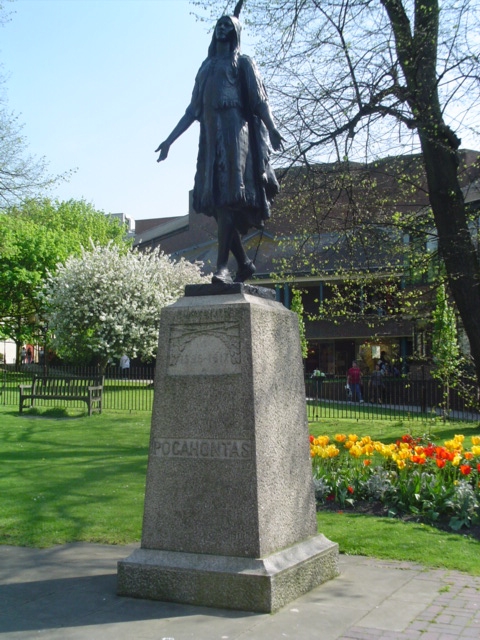 Delivering a Vodka Luge to Kent is one of those journeys one never tires of. As a county, it has so many firsts - hence I imagine we get so many requests for ‘new’ designs or shapes from people from Kent.

I never knew until I went to deliver a Vodka Luge in Kent that Pocahontas is buried in St George’s Church, Gravesend. She (a Princess of the Powhaten tribe) married in Virginia the English-born colonist John Rolfe. In 1616 she and Rolfe travelled New England to England Landing first in Plymouth then travelling to London. During their stay they met James I and then briefly lived in Brentford.  Unfortunately, on their return to the colonies, before even leaving the length of River Thames, Pocahontas became gravely ill and was put ashore at Gravesend. She died shortly after of TB  and was buried in St George’s Church.  A great but true story.

On another delivery of a Vodka Luge in Kent I strayed across the fact that Leeds Castle (not in Leeds, Yorkshire at all) but Leeds Castle near Maidstone is often referred to as The Ladies Castle.  The reason being so many Queens of England have resided there!

During the summer last year on yet another delivery of a Vodka Luge in Kent we strayed by Shurland Hall on the Isle of Sheppy (a slight detour on our schedule after the delivery). Interestingly, in 1532 Henry VIII with his (at that time) wife Anne Boleyn stayed at the Hall owned by Sir Thomas Cheyne (a landowner and Knight of the Garter) on their way to France. The stay was only for three days, but apparently it almost bankrupted sir Thomas.  Not from what from Henry VIII dined on, but his retinue of 300!  All had to be fed, watered and bedded down.  Must have cost an absolute fortune.

We have been asked to carve replicas of King Henry VIII’s head as a Vodka Luge in Kent.  Technically this is possible and do-able.  However, one must always think about what in an ice sculpture is going to melt first.  In ‘heads’ (be it King Henry or any other head carving), it is always the nose, eyes, ears and the delicate features that melt first.  It is a great idea, but unfortunately, they will not last the whole evening.

Delivering and setting up a Vodka Luge in Kent is always exciting and something we look forward to.  Although we are based in Coventry, we love travelling to certain counties – which includes Kent; even though negotiating the M25 and M20 and be a journey in itself!