What is Vodka Luge?

What is a Vodka Luge?

A Vodka Luge is a block of ice carved into a shape or design with a channel drilled through the ice for drink to be poured, not necessarily Vodka. 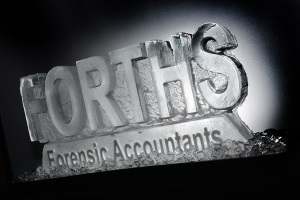 What is a Vodka Luge?

In simple terms, we create a solid block of pure, clear ice using filtered water. This can take up to seven days and sometimes longer during the heat of summer.  A single ice block will measure roughly 1m x 1/2m x 1/4m when completed.

Once the block has been created, we will then carve a design or shape out of the ice block to a client's specification. Initially use a chain saw will be used to carve the basic shape followed by specific power and or hand tools to created the overall design.

When finished, the last decision will be to keep it as an Ice Sculpture or drill a channel through the ice from the top of the sculpture (usually) to an exit point 40-50cm away half way down the sculpture.  This will then turn the ice sculpture into a Vodka Luge.

Traditionally Vodka is poured into the entry point of the luge. We also add a funnel to guide the drink into the channel.

The guest or recipient will either place their mouth (not really condoned) or a shot glass (recommended for health and hygiene issues) at the exit point aiminmg to catch the Aqua Vita rushing through the channel.

Once caught in the shot glass, the guest then 'knocks-back' the drink in 'one-go'. The fun-part is when the flavoured vodka warms up in the guests mouth - at that point they get the full flavour of the drink in one huge 'kick'!  Flavoured Vodkas tend to be more popular than plain Vodka such as Honey flavoured, chocolate, raspberry, vanilla.  There are dozens of flavours availbale in supermarkets, off-licenses and drinks shops.

Vodka Luges are not designed to 'get people drunk' (though of course, consuming a great number of shots will accomplish this task if desired easily).

Lots of fun and games can be had with a Vodka Luge:

What sort of games can be played with a Vodka Luge?