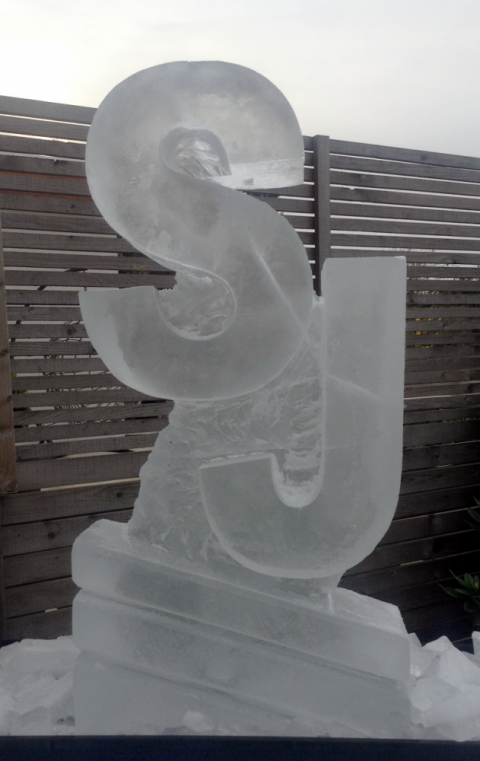 Steve Jolley was planning his birthday party and knew what he wanted from day-one; a 1m tall Vodka Luge to be placed at the entrance to his marquee.

Steve even knew (within reason) the design he wanted. He wanted his initials ("SJ") carved and made into a Vodka Luge. After discussing the font, the style and how he wanted it to physically look - Steve got what he wanted.

His Vodka Luge was a 1m tall by 1/2m wide, hand carved with staggered initials and weighing in the region of 12-13-stone.

He even asked specifially for the luge exit be on the right.  The reason being the entrance to the marquee was on the right of the Vodka luge.

Sometimes an exact position for the exit point of a Vodka Luge is not possible, however for Steve, we managed to design the structure so it was on the right. This fitted in with his plans and ideas.  He was pleased to say the least that we managed to encompass all his ideas.

We even provided measuring shot glasses in order for them to not waste a drop of their valuable Aqua Vita.

Steve was so well organized he additionally ordered from us 100 Ice Shot Glasses - which was part of our Ultimate Vodka Luge Experience Package. Most Event and Party organizers take this package as it is a complete turn-key package with little thinking on the organizers part.  It contains everything (within reason) except alcohol of what they need!

From all acounts the party was a great success.  I imagine there were a few sore heads the next day!