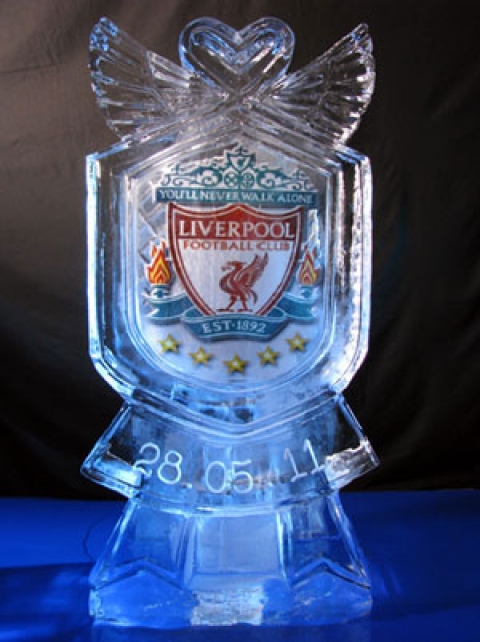 Founded in 1892, Liverpool Football Club is the second most successful club in the history of English football, Liverpool have won 18 league titles,  seven FA Cups and a record seven league cups. Liverpool is the most successful English club in European competition having won five European Cups, the last in 2005, and three UEFA Cups. The club currently rank third in Europe and sixth in the world with the most international titles won.

If you are a keen Liverpool fan, why not have this Ice Sculpture (or Vodka Luge) as the centre piece to your party?

Other ideas could include: