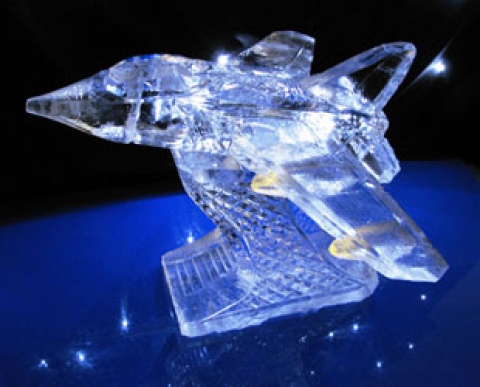 The Tornado GR4  Ice sculpture was commissioned by a Military establishment who wanted a replica of the RAF's Tornado fighter jet - we achieved that and received many compliments and accolades for it.

The Tornado aircraft was developed and built by Panavia Aircraft GmbH a tri-national consortium consisting of British Aerospace (previously British Aircraft Corporation), MBB of West Germany, and Aeritalia of Italy.

The Tornado first flew on 14 August 1974. It saw action with the British Royal Air Force (RAF), Italian Air Force and the Royal Saudi Air Force in the Gulf War.