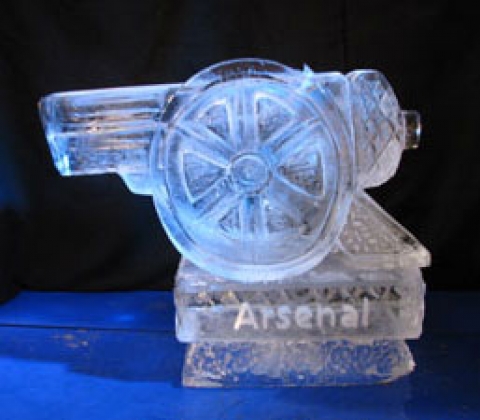 Founded in 1886 as Dial Square, Arsenal is one of the most successful English Football clubs.

The club has won 13 First Division and Premier League titles and 10 FA cups. Arsenal holds the record for the longest uninterrupted period in the English top flight and is the only side to have completed a Premier League season unbeaten (in the 2003-2004 season).

Arsenal was founded in 1886 in Woolwich and in 1893 became the first club from the south of England to join the Football League.

If you are a keen Arsenal fan, why not have this Ice Sculpture (or Vodka Luge) as the centre piece to your party?

Other ideas could include: