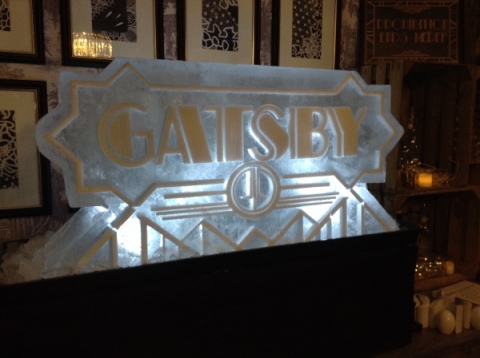 The icon Gatsby film follows the lives and characters in the towns of West Egg and East Egg supposedly set on Long Island in 1922 - during the Golden Jazz era.

The backdrop of the film is set in the Roaring Twenties; it explores the extravagant themes of idealism, sheer decadence of the rich, social upheavels of the time along with 1920's excess - living life to the full. Published in April 1925, the book received mixed reviews and did not do well in book shops. It is claimed it only sold 20,000 copies in its first year. Fifteen years later when F.Scott Fitzgerald died, he considered himself a failure as a writer.  However, during the austere 1940's 'when times were bad',  the book suddenly took on a new life with people looking back at 'better times' when things were not so tough.  The Great Gatsby novel soon became part of the American high school curricula and took on a life of its own. The book not only sold well in the USA but in Europe too. The novel was then adapted for the stage and then a remake of the original 1926 film. The film plot was adictive and fascinating.

The Great Gatsby is a great theme for a party today;  decandence, opulence, 1920's free and easy way of life when Champagne flowed like rivers of golden fortunes. Flappers, Martinis, pearl necklaces, The Charleston and lots more beside make this era something different and special. Today The Great Gatsby as a novel is considered a literacy classic.

Our Gatsby Vodka Luge is a CNC carved version from the poster of the film. Icon, recognizeable instantly sets the theme to a 1920's party.